We are introduced to René Wolfkamp, director of Wadinko NV and 100% shareholder of Stork IMM.

Wadinko is a Public investment fund that aims to promote healthy activity and thus employment in a number of regions in the North-East of the Netherlands. In doing so, Wadinko makes an important contribution to improving the regional economic structure. Wadinko mainly participates in the manufacturing industry, business services and logistics through the contribution of risk capital, knowledge and management support. Wadinko has been involved as a shareholder in Stork IMM since 1999.

René Wolfkamp, director of Wadinko, has been employed by the private equity firm since November 2014. Before that, René was CEO for over 20 years at Schoeller Allibert, a company which is world market leader in plastic transport packaging. He has also been CEO and Chairman for several years at ESE World, the European market leader for temporary waste storage systems. He is therefore a familiar face in the plastics industry.
In addition to Wadinko's business involvement, he also has great personal affinity with Stork IMM. “During my years at Schoeller Allibert, I was able to buy many Stork injection molding machines for different plants. I know from my own experience how good the Stork IMM machines are; it is a wonderful product!”

Over the years, Wadinko's involvement in its participations, and therefore also with Stork IMM, has increased significantly. This has led to more and better insights into the organizational structure at Stork IMM. In the past we had a few practical problems, such as long delivery times and insufficient quality. Wadinko has therefore initiated a number of improvements.
“We have gradually appointed a new management and in recent years together we have carried out a transformation process towards a modern organizational structure, which means that Stork IMM is currently operating in a much more customer-oriented way. The negative sentiment towards the packaging industry and the corona crisis have of course been a big obstacle, but because Stork IMM switched on early, Stork was able to adapt quickly to the new circumstances and prepared for the future. Switching quickly, being flexible and agile are factors that are more important than ever these days. ”

Wadinko sees the consequences of the changes in customer satisfaction, which is increasing and results into a larger order intake. Technical developments in the past year, such as the further development of servo electrical drives for larger machines, are also catching on well.

What is remarkable is that Stork IMM has strong connections. “There are many customers who have been loyal to Stork IMM for many years and we are very happy with that at Wadinko. Moreover, the strategic partnerships with suppliers and other relations are very strong as well. ”

Wadinko has had a majority interest in Stork IMM for over 20 years, making it a reliable and committed shareholder. However, Wadinko usually takes a minority interest in its participations and is therefore in the long term looking for a second shareholder for Stork IMM who can contribute to the further growth of Stork IMM.
When René is asked about plans for 2021, he indicates that Wadinko would like to remain involved with Stork IMM in the coming years. "The prospects are good and despite the turbulent times, the employees of Stork IMM are characterized as competent and loyal.
Stork IMM's order book is well filled and we therefore expect 2021 to be a good year." 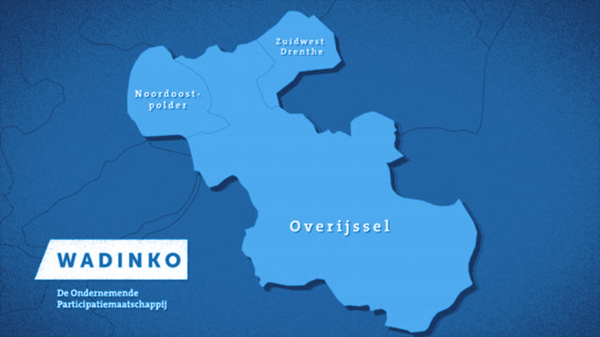