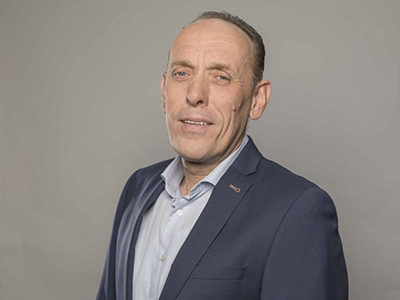 As of November 2020, a board change took place at Stork IMM. Martin Essink will be the new CEO. On January 1st Oscar de Gruijter will leave Stork IMM. He will briefly look back at the past few years working for Stork.
In May 2017 he came to the Netherlands to fulfill the role of director at Stork IMM. In the past three years, he has worked with everyone to set up the organization into a customer-oriented value stream organization, an SME characterized by a pragmatic hands-on mentality. The foundation for the future has been laid, the product has become more robust and we have a better understanding of what the customer wants and what the reason is. Oscar looks back with pride on the steps that were taken.
“I see customer confidence through new orders and strategic partnerships with various relations. Suppliers make great efforts, working closely with us on innovations and competitive prices. Together we look for simple and flexible solutions.”
“Last year in particular has been a difficult year and I would like to thank everyone for their efforts; customers, suppliers, employees, investors, relations, but also the former employees who had to leave the organization.” Oscar has experienced the Netherlands as a country where processes are well described and changes can take place quickly. "As long as the urgency and direction are clear, it will go very quickly."
Martin Essink had been involved with Stork for several years as investment manager on behalf of the shareholder Wadinko and is the new director of Stork IMM from mid-November.
Martin has a lot of experience as a director of SME’s including a number of companies in the plastics industry. At Euro Moldings, a producer of plastic packaging, he was a director for over 12 years. In recent years, he has been directly involved in several improvement processes at Stork IMM and he knows most of the people at Stork well. "I will continue to work with Wadinko on a continuously stable basis for employees, customers and suppliers."